It’s a good day for sports fans as the thrills of horse riding can now be carried in your pocket. Stallion Race (Google Play, iOS App Store and HUAWEI App Gallery), the latest title from GameHollywood, has received its mobile port allowing horse-racing fanatics to immerse themselves in their favourite sport wherever they may be. Based on the success of the critically acclaimed browser game, Stallion Race mobile will continue with the spirit of the original game but improves and build over it creating a completely new experience for mobile. 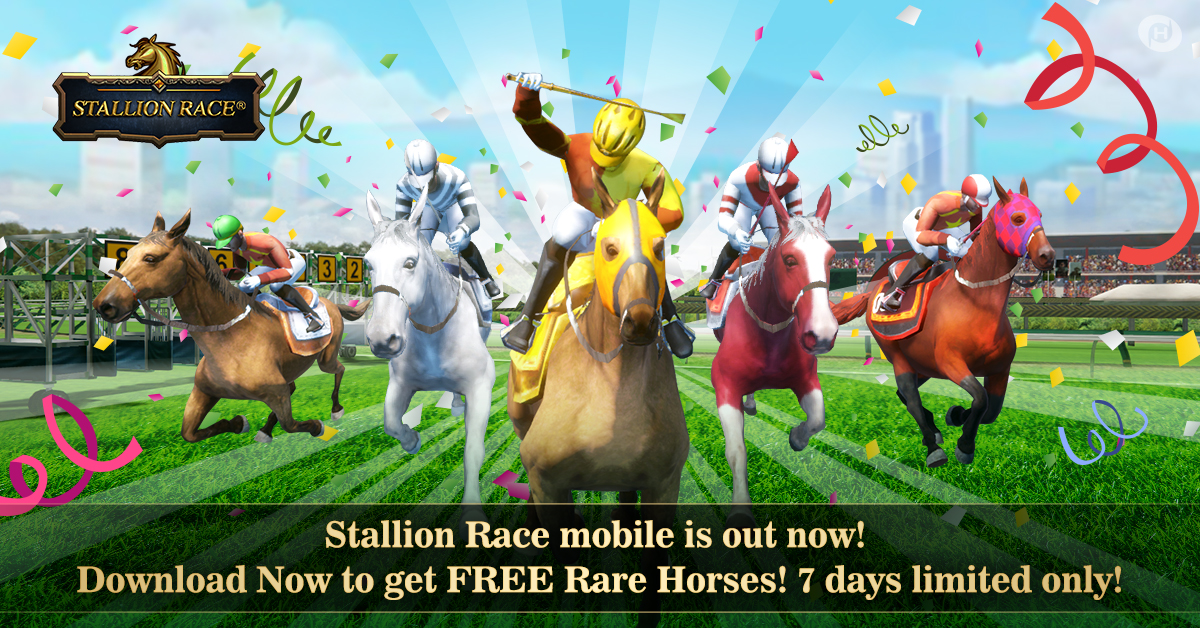 In Stallion Race, players are tasked with managing just about every aspect of their very own equestrian empire. From taking part in races around the world to horse care and breeding, Stallion Race is more than just a racing game. Strategy and preparation, as always, is key.

Rising up the echelons is a matter of careful planning. Acting as breeder, jockey, trainer, and manager, players have a lot to consider when it comes to clinching the top spot. For example, pairing the ideal jockey with the right horse while selecting the best jockey skills is necessary to overcome the most fierce challenges. And that’s not to mention what the right breeding can achieve.

The coveted SSS Quality horse is as much of a trophy as any top prize. Through a careful combination of Gene Fragments and Training, players can breed into existence the perfect pony or strongest stallion. Aside from aesthetic preferences, there’s a host of stats that trainers need to consider such as speed and stamina. And woe betides those who ignore their horse’s grooming needs. 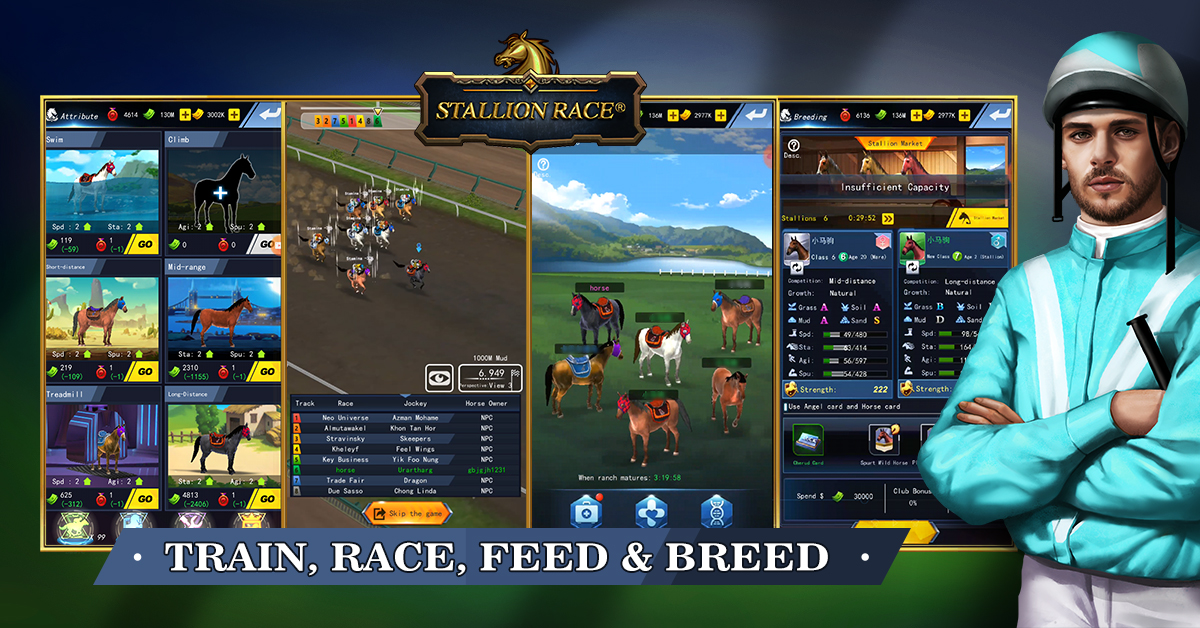 There are numerous boons to help players on their way: from Horse Cards to provide a welcome stat boost to Angel Cards that will greatly boost breeding success rate (creating a horse to rule all horses doesn’t have to take years). With the ideal combination of Gene Fragments, Horse Cards, and Angel Cards, you can skillfully create a horse that will be the envy of the world. 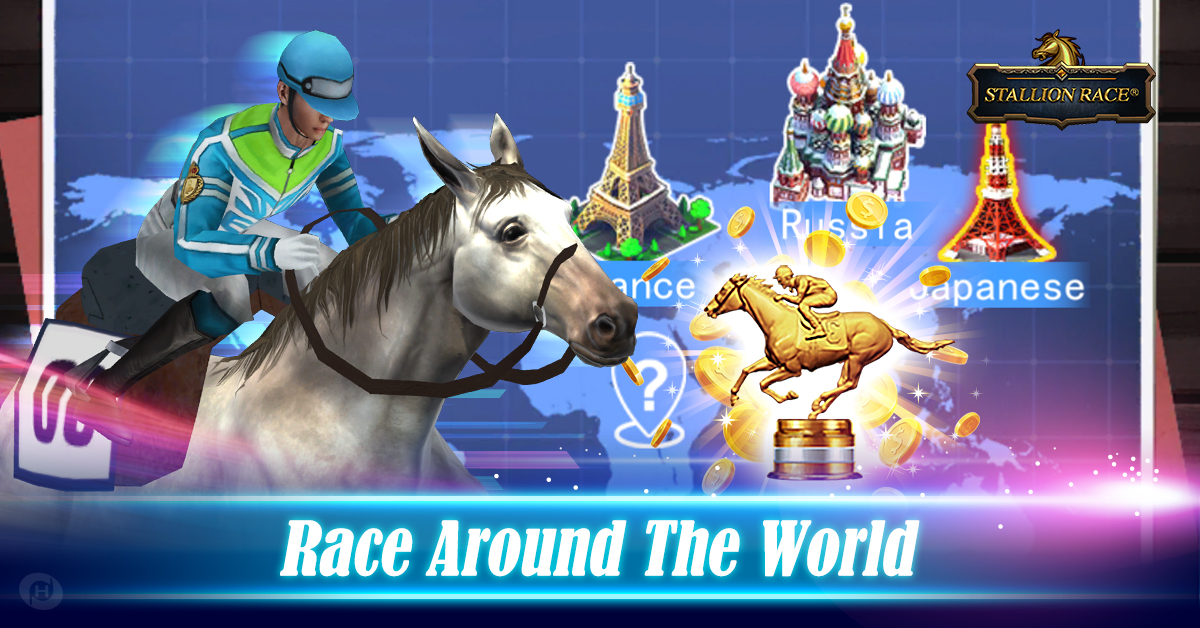 All-important Gene Fragments, for instance, can be earned through the Challenge Legend game mode. In this mode, players can challenge a legendary horse up to three times a day for free. The Private Cup, meanwhile, allows ten chances per day for players to improve their ranks by challenging those who are one rank higher. 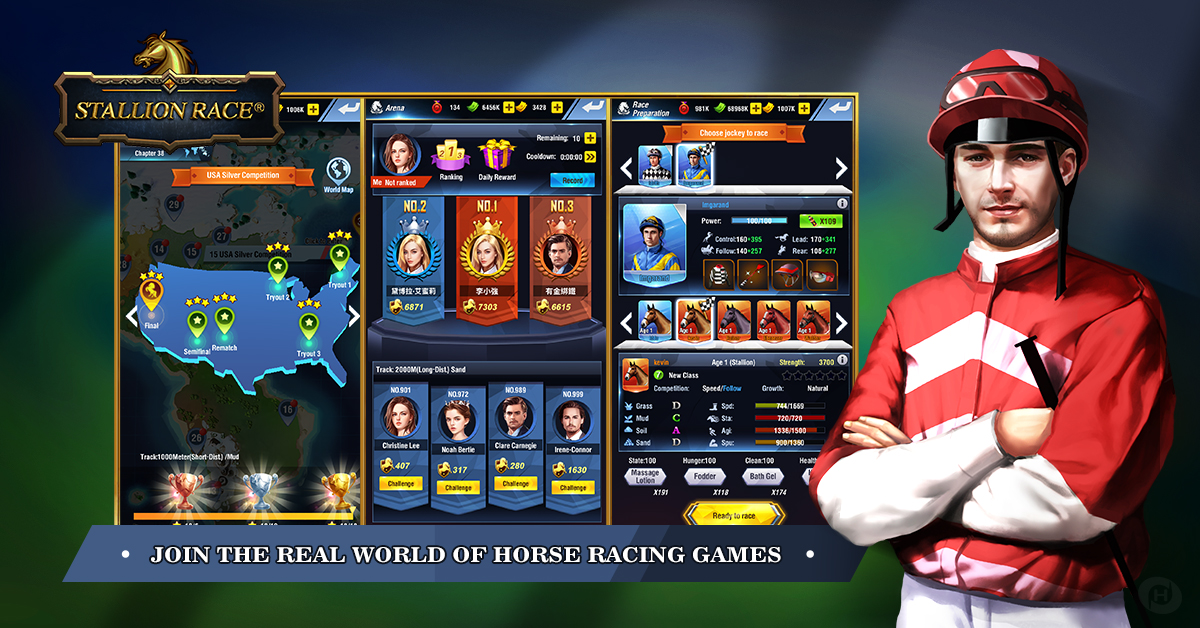 But for the ultimate glory-seekers, there is the League. Only those who pass Qualification can participate and hash it out with players from around the world to seize ultimate victory. As the highest-quality race in Racing City, the League will see players from around the world jockeying for the top spot week after week. And of course, rewards aplenty await the victorious.

However, reward-seekers needn’t focus entirely on the main event. As there are many other ways to earn some serious loot.

Bet big and win bigger. For most fans of this esteemed sport, the thrill of watching your money multiply is almost as compelling as taking part in the race itself. Several minigames offer a lively distraction from the main event whilst affording players the chance to win big. 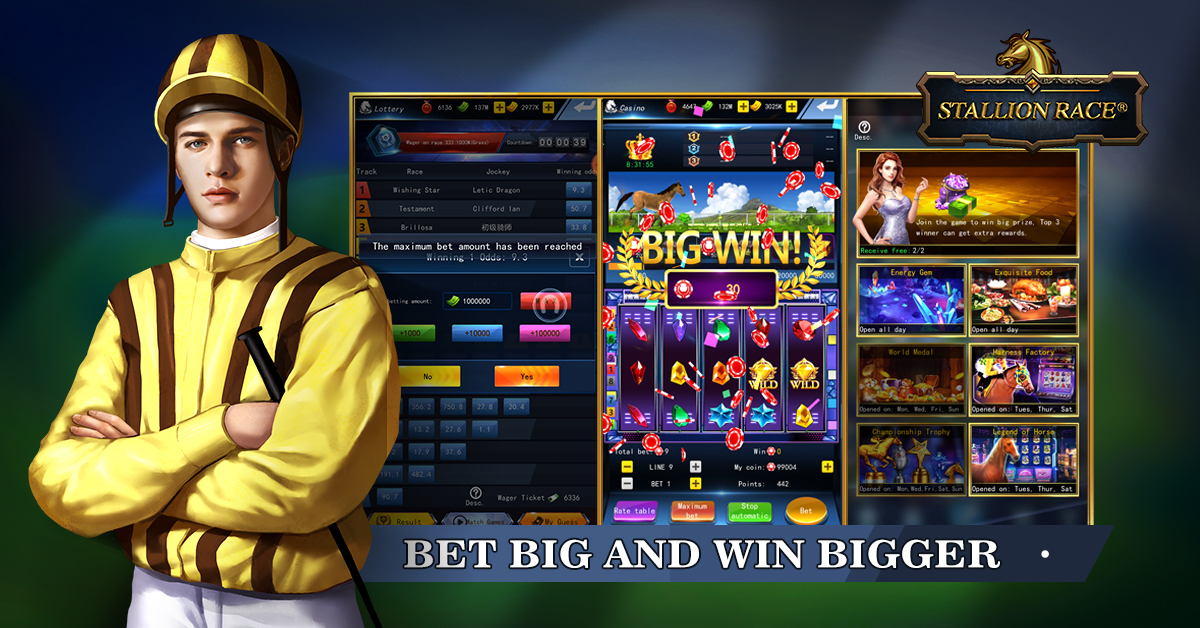 Quizzers, gamblers, and board game aficionados should find their needs met in the various in-game sideshows. With a chance to win a bonus every five minutes, a quick visit to the gaming attractions could provide a much-needed boost to your efforts. Just remember to keep an eye on your wallet because going broke will do nothing for your equestrian career.

Sometimes, just being part of a like minded crowd is as fulfilling as any victory on the track. That’s why Stallion Race allows anyone to form their very own Club - a chance to rub virtual shoulders with your fellow racing fans.

Each club is composed of four roles: Chairman, Vice Chairman, Officer, and Member. Club creators are immediately assigned the role of Chairman granting them the ability to accept, remove, promote, and demote all other roles. It is up to the Chairman and Vice Chairman to monitor their club and ensure that their rules are being followed. Keep things civil and social, and you’ll have members galloping to your club in no time at all.

As an extra incentive, for those who want to participate in the Scramble game mode, Clubs are the only way to play. By participating as part of a Club, players can earn individual points, Club wealth, and even Donations according to their rank.